To Protect and Serve...Drive to Survive! 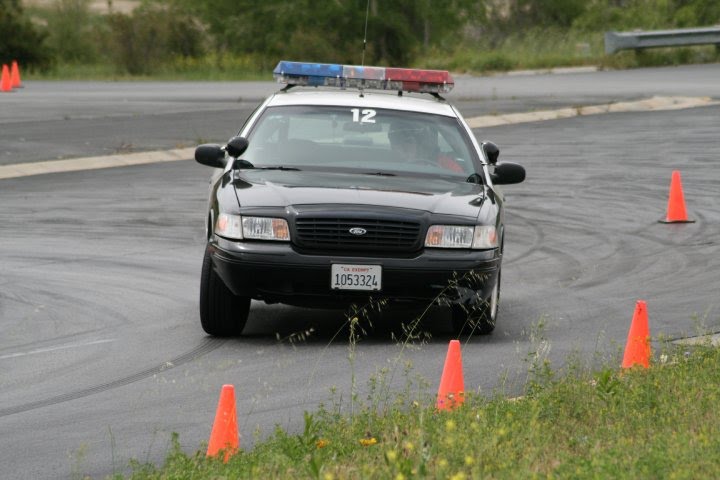 Train as if your life depended on it! It does!

The California Commission on Peace Officer Standards and Training (POST) began a 3 day conference in San Diego today to discuss law enforcement driving simulators (LEDS) and force option simulators (FOS).  Regional Skills Centers and a variety of law enforcement agency presenters attended to discuss the rollout of over $10m in LEDS throughout the state.  See:  http://www.faac.com/news/news_11_12_09.html for details on the POST contract.  San Diego is scheduled to receive 4 new FAAC LEDS in October 2010, courtesy of POST!

Attending today's LEDS conference were George Beitey, Dean of Miramar College's School of Public Safety, Sgt Kevin Rausis (EVOC Coordinator), Lt John Leas (EVOC Training Manager) and retired officer Bob Hendrix (EVOC Instructor).  Bob will assist POST with LEDS installations throughout the state as a consultant over the next several months.  A number of logistical issues were discussed including what to do with the older L3 simulators we currently have, instructor training/certification, site installation challenges, etc.  Without boring everyone, let's just say Kevin has his work cut out for him over the next several months as we strategize on San Diego's options and ultimate installation.  The next Regional Officer Training cycle will include LEDS in the EVOC curriculum.  The new FAAC system will be an excellent addition to our training props.  EVOC instructors - keep an eye out for future announcements regarding training on the new system.

Dane Pitarresi from SkidCar Incorporated (http://www.skidcar.com/) spoke at the conference to share the latest on SkidCars in North America.  Almost every EVOC center represented today has at least one SkidCar as a training prop.  Dane asked for feedback from the group and shared his thoughts on how EVOC instructors need to be prepared for the next generation of vehicles hitting the street, specifically those that incorporate electronic stability programs (ESP) that controls throttle and braking application beyond the driver's input.  The Dodge Charger is an example of just such a vehicle... As ESP equipped cars start to roll out in our fleets, we'll need to be prepared to discuss the pros and cons and handling characteristics that our officers will face in the future.  More to come on this topic later...
Posted by SAN DIEGO EVOC at 9:13 PM 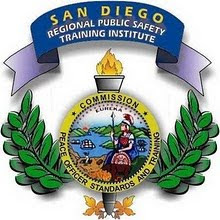 SAN DIEGO EVOC
San Diego, California, United States
Sergeant Kevin Rausis has been a POST certified law enforcement driving instructor since 1986. He currently teaches EVOC for basic academy and in-service training programs and is the EVOC Training Coordinator for the San Diego Police Department and San Diego Regional Public Safety Training Institute. Sergeant Rausis served as a motorcycle officer for 17 years prior to being promoted to Sergeant. He enjoys riding his personal motorcycle, is a private pilot and car enthusiast. 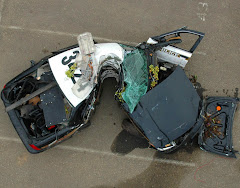 When Speed Overtakes Traction on a Wet Roadway

Air Support - One of our best pursuit management resources!

Defensive Driving is no accident... 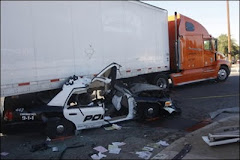 No matter how big the rig, they can all tip over.. 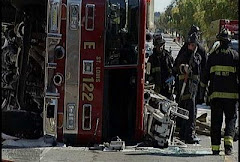